Here the pages of the my new curatorial project Do surveillance devices have poetic ideals and artistic greed? with the works by Guido Segni and Irene Fenara for the new ISIT.Magazine issue #0022020

“[…] An artistic operation always manifests the symptoms of the needs and motivations, which generated it. When these are transcended in the decontextualization of the primary function of the devices with which the artworks are made, the latters can be read differently and give unexpected answers to questions that apparently are impossible. This is what happened when reading two opposing projects for conception and objectives, but whose common denominator lies in the use, in and for different reasons, of surveillance devices, software and hardware. “There’s no pictures in latent space, just secret misunderstandings” by Guido Segni […] and “Self Portrait from Surveillance Camera” by Irene Fenara […] Placed in parallel dialogue and questioned, transcending their initial motivations, both projects show the complementarity of their answers to the question, from which this project takes its title: do surveillance devices also have poetic ideals? […]”

It was very stimulating to design for spaces other than conventional exhibition spaces and to try to do it instead for spaces such as the paper pages and the online digital pages of a magazine, declining the contents of the project, therefore the works of the two artists, in two different ways. What you will find on paper is only a version of the works in dialogue with each other, as well as what you see online and both sides are independent, but at the same time complementary for the reading of the works.

To READ Do surveillance devices have poetic ideals and artistic greed? ONLINE

TO BUY THE NEW ISIT ISSUE 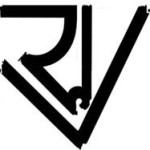 She is contributing writing for several webzine and paper magazines and sometime she love writing about the exhibitions, that visited, in her #RDVblog too. She is curator of several exhibitions and cultural activities collaborating with several Italian galleries, Festival and Istitutions. She love travelling, reading and movies. Lives in Pisa and works around Italy.